I do hope you don’t mind me sending these updates. I reasoned that in normal circumstances this would be the content of my briefing at the various community groups I started to attend. I don’t know whether you are still updating your groups by email but nevertheless I hope this shows that despite everything going off at the moment your local team is still fully in business with a most effective footprint in our community.

The good news is that my Team is now fully formed and we are getting to grips with the area. Some really really good results to report.

YOUR TEAM FOR WALKLEY, HILLSBOROUGH, UPPERTHORPE

We have been busy throughout the area conducting ‘pulse’ policing with vehicles then out on foot and covering an area then relocating to other places. A number of stop and searches have been completed and vehicles seized for anti-social behaviour. Much focus on Burgoyne Street and Hoole Street and community leaflet patrol in that area meant that we were able (at a safe distance) to engage with communities about nuisance vehicles and the results were extremely encouraging. We are exploring opportunities to deal with a number of individuals and addresses associated with motorcycle nuisance.

OUR COMMUNITY AND SOCIAL DISTANCING.

We are regularly out and about and with vehicles and on foot. It’s has been very encouraging to see how stoic and resilient our residents are and almost in every situation we have seen full understanding and compliance with the Governments advice. Our main focus is to advise our residents and help where necessary. They have been brilliant and very understanding. You may read about enforcement and we have the means to do so but in virtually every case we have not needed to go down that route thankfully and it remains an absolute last resort.

The Team showed their sincere appreciation and support this week with the rest of the Nation. Pictured below outside Sheffield Children’s hospital. An amazing job they do. 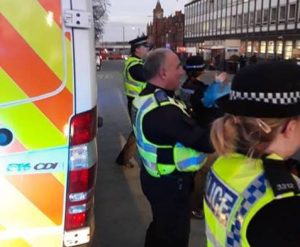 EFFECTIVE ARRESTS (And there have been quite a few)

After two incidents involving a suspect with a knife in Upperthorpe officers from our Team joined forces with colleagues from our Team in Broomhall to conduct a very thorough and timely investigation which has led to the arrest of a male, seizure of clothing and other items and progression with an investigation to help keep our residents safe.

Yesterday after the team arrested 4 males after some really good joined up work with colleagues and our local residents. This followed a commercial burglary in our area and led to our Team with supporting resources swooping down onto an address in Walkley. Recovering the vast majority of stolen goods, arresting 4 suspects, recovering 2 vans including one reported driving away from the burglary (forensic recovery) and some cash under the proceeds of crime act.

GREAT USE OF STOP AND SEARCH

A known male was encountered in suspicious circumstances last week initially in the early hours in Fulwood then an hour later in Walkley. His actions justified a stop and search and on that occasion and his details circulated to all our colleagues. He was not arrested but Police colleagues have been very vigilant on nights and he hasn’t been seen since in our area. I did meet him in custody yesterday when booking in one of our prisoners. That chap had been arrested for vehicle crime, several burglaries and other offences in another part of Sheffield so he will be processed now for these matters. Sometimes it’s just good old coppering skills.

We have been prolific in the last three weeks. At the time of writing, we have just seized a VW Golf in Hillsborough for no insurance and that brings our totals to 12 vehicles taken off the road in such a small period of time. This sends a clear message. 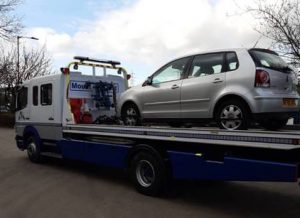 We have been doing visits to Martin Street Flats, Rural Lane, Middlewood Road and points in between watching for suspicious activity and keeping a highly visible presence on the streets. We stopped another 4 people and recovered some cannabis this week. Two were near the carpark at Rural Lane where Community Groups had raised concerns.  It’s important that our residents are aware that despite the current situation we are still out there doing or job and keeping a foot print in our area.

We have been doing a piece of work around community safety in remote areas after what appears to be an incident of a motorist making inappropriate gestures to passing pedestrians. Work was swiftly doe with CCTV enquiries and a little technology and we have identified the person involved and the matter is being progressed. As I type the suspect is in our interview room being interviewed under caution and we have started a community watch scheme in that particular area.

Patrols and closer work is being done with the local authority around key fly tipping offences. My team has been incorporating such areas into patrols to prevent and deter offences and work with our SCC colleagues.

CURFEW CHECKS AND OTHER ENFORCEMENT

Some of our criminal fraternity are subject to bail conditions or other forms of management. We are actively visiting such people and ‘introducing our team’ to reinforce good compliance but also to emphasise the consequence if otherwise.

My Team is new to the area but we are learning about the area and its issues very quickly and getting acquainted with our community. You may have seen the photos we have published on our social media. We are enjoying being of service and we are out there.

Finally. You must stay positive with all the coronavirus concerns. There is every good reason to do so. All this will pass and we will prevail. Stay strong, Stay positive, Stay well. Stay at home.